Is Hypnosis Real? What Does the Science Say? Home » Blog » Hypnotherapy » Is Hypnosis Real? What Does the Science Say?

This is a question that is still asked in some circles when discussing therapy, and the place of hypnosis within it. Fortunately, with modern-day advances in brain imaging and neurological science, our understanding of hypnosis has come a long way. We now know how hypnotic state influences the brain. Researchers also have proof that hypnosis can help resolve multiple psychological and physical issues.

These days, we can see solid proof through the use of science, that hypnosis is a genuine and valid tool that can be used for personal transformation.

In this article you will learn:

Let’s begin by covering exactly what hypnosis is.

Whatever the history behind it, hypnosis is quite real. Hypnosis is actually a very natural state of mind you go in and out of on a regular basis.

Hypnosis is a state of focused awareness and concentration. When you are lost in thought, you are in a state of trance. This is similar to the one you experience under hypnosis.

For some people, hypnosis feels like daydreaming. By helping you access this trance-like state, hypnosis helps you move beyond your conscious “thinking” mind into the subconscious, which is where the magic happens.

The conscious mind is like the gatekeeper. Its job is to keep you safe. For that reason, the “thinking” mind prefers to keep things under control, making decisions in favor of maintaining the status quo and resisting changes.

So, how can hypnosis help you make changes that stick?

Hypnosis helps you get into a trance-like state and access the subconscious mind. In this state, you are able to work on the deeply rooted causes of your personal issues.

How does hypnosis work?

Your subconscious mind does not know the difference between reality and imagination. This is a highly suggestible part of the mind that takes things very literally.

Giving the subconscious positive suggestions that reflect the condition you are trying to achieve is the best way to use hypnosis. It is the easiest and fastest way to make grand shifts in your personality.

When you are under hypnosis, your mind can become aware of certain experiences beyond your immediate surroundings. For example, when you relax into a hypnotic trance, you might see yourself making important changes or stepping into a new level of health and wellness.

Using hypnosis to reprogram your beliefs and attitudes can create profound changes.

The big question everyone seems to have is whether or not hypnosis is real science. A study done at Stanford University School of Medicine studied 57 people during guided hypnosis. It provided positive proof that hypnosis is real.

What they found was quite amazing. Specific areas of the brain are altered during a hypnotic trance.

According to Dr. David Spiegel, a hypnosis expert. and professor of psychiatry and behavioral sciences at Stanford University School of Medicine, research has shown that hypnosis can act on multiple brain regions. This includes some linked to pain perception and regulation.

Knowing which exact brain regions are involved with hypnosis makes it possible for scientists to alter someone’s capacity to be hypnotized. This can help improve the effectiveness of hypnosis for problems such as pain control.

So what does all of this really mean?

During the process of hypnosis, there is a kind of disassociation between action and reflection. This allows you to engage in activities suggested by a hypnotist without having to devote mental resources. You also won’t be self-conscious of the activity.

During hypnosis, you are highly engaged and highly focused. As a result, you can engage in activities in your imagination without having to really think about how you are doing it. Instead, you just do it.

In other words, whatever you picture in your mind is perceived as real while you are in trance. This is exactly why you are able to resolve issues and adopt more desirable beliefs and behaviors while under hypnosis.

Spiegel suggests that hypnosis is a very powerful means of changing the way we use our minds to control the perception of our bodies. In Spiegel’s words:

“Hypnosis is the oldest Western form of psychotherapy, but it has been tarred with the brush of dangling watches and purple capes.”

Here are some scientific facts to help you make an objective judgment if you are still not sure if hypnosis is real.

Hypnosis has been studied and shown to be highly effective with many things. Among others, hypnosis can help you with managing bad habits, sexual dysfunction, learning disorders, communication, and relationship issues, as well as improving sleep and managing stress better.

Here are a few hard facts that prove the effectiveness of using hypnosis to aid multiple issues.

Studies show that hypnosis is significantly more effective for weight loss when compared with a control group. A study from the University of British Columbia with 60 overweight female patients, showed that the group that received the hypnosis lost more weight. The hypnotized group lost 17 pounds over the course of the study, compared with 1/2 a pound in the control group.

Hypnosis can also help with migraine headaches. A study, done by Olness K, MacDonald JT, Uden DL. showed that self-hypnosis was almost 2.5x more effective than drugs in reducing the frequency of migraine headaches in children between the ages of six and twelve.

Hypnosis is also a powerful therapy to help you stop smoking. In a study conducted by Viswesvaran, C., and Schmidt, F. L. hypnosis was found to be twice as effective when compared with nicotine gum. It was also three times more effective than physician intervention or counseling alone.

Researchers have found hypnosis can help aid cancer. A study showed that patients who received hypnosis sessions alongside tumor treatments had significantly less pain and anxiety in comparison to those in standard care.

Hypnosis is also known to reduce children’s post-surgical pain, which adds to the benefits of standard medical care.

These results are quite promising and show us that hypnosis is real, and can even be more effective than other types of treatments.

Evidence has shown that hypnotherapy has a better rate of success when compared to other types of therapy.

In research done in 1970 by Alfred A. Barrios, 1,018 studies and various articles on hypnosis were compared. He also compared 899 articles on psychoanalytic therapy and 355 articles on behavioral therapy.

Barrios noted that hypnotherapy stood out amongst the crowd with the highest rate of overall lasting success of the different therapies.

Psychotherapy had on average a 38% success rate with a huge 600 session average.

Barrios concluded that in terms of changing habits, thought patterns and behaviors, hypnotherapy was by far one of the most effective methods. It was also one of the fastest methods.

Barrios found that one of the reasons why hypnosis was so effective was because it helped remove negative attitudes, fears, maladaptive behavioral patterns as well as negative self-images that often are the underlying cause of many ongoing issues.

Hypnosis Facts – What You Need to Know

How much does hypnosis cost? The answer varies depending on the therapist and the part of the world you live in.

Check if your health insurance policy does not include hypnosis. If it does not, then a private one-on-one session could range anywhere from $50.00 – $275.00 per session, depending on who you see. The cost could be substantially more dependent on the level of the therapist.

Most hypnotists recommend multiple sessions and will often price sessions by the package.

How long does hypnosis take to work?

Results will vary from person to person. Most hypnotherapists recommend at least 3-5 sessions depending upon the complexity of your issue.

While you may see positive results after only one session, long-lasting results are typically achieved over multiple sessions.

Can hypnosis work for everyone?

According to Dr. David Spiegel, around 10% of the population is categorized as “highly hypnotizable.” Most of the rest of us are hypnotizable, but perhaps a little less likely to enter the trance-like state easily.

Globally renowned therapist, Marisa Peer, uses an advanced approach to hypnosis and hypnotherapy called Rapid Transformational Therapy ™ (RTT® ), which she states has phenomenal success hypnotizing anyone, even people who claim not to be able to be hypnotized.

A Modern Approach to Hypnosis and Hypnotherapy

Rapid Transformational Therapy ™ (RTT® ) is a pioneering therapeutic method that many people choose over traditional hypnotherapy. It. is because it incorporates hypnosis but in a much more efficient way.

Combining the most beneficial principles of Hypnotherapy, Psychotherapy, NLP, CBT, and Neuroscience, RTT can help you solve issues in as little as one to three sessions.

RTT is a result of the three decades of therapeutic experience, created by world-renowned speaker, therapist, and bestselling author Marisa Peer. She is also named ‘Best British Therapist’ by Men’s Health magazine and featured in Tatler’s Guide to ‘Britain’s 250 Best Doctors’.

RTT has won numerous awards and accolades. It continues to grow in global recognition as one of the most effective therapeutic approaches available when it comes to achieving fast and permanent results.

Reading through all these scientific studies, we can clearly see that hypnosis is indeed real. Moreover, it is a method that is highly effective when compared to other forms of therapy. Hypnosis has real science behind it and we are discovering more and more about what it can do to transform lives.

In conclusion, hypnosis or hypnotherapy is a fascinating and intriguing field of study that has been proven to be able to help you in just about every area of life. If you are interested in even more advanced tools to make greater changes in your life or the lives of others, download this free Rapid Transformational Course Prospectus. Marisa shares over 30 years of experience as a multi-award-winning therapist to top athletes, celebrities and even royalty. She is the pioneer of RTT®, the cutting-edge method that can deliver incredible transformations
Find Out More
Facebook Twitter Youtube Instagram 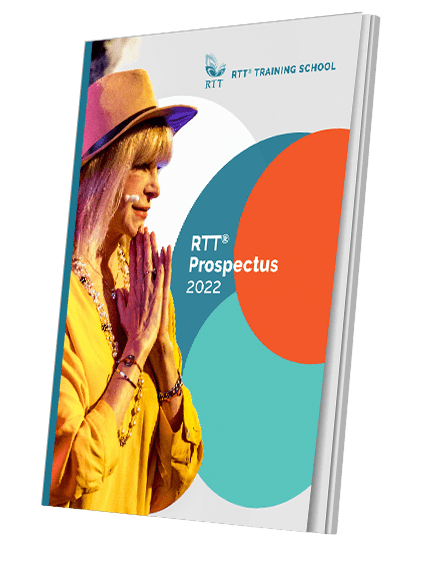 Marisa Peer has been helping people build exciting careers in hypnotherapy with RTT®. No previous experience is necessary to start training, so download the free prospectus today.

All Prices on Marisapeer.com, Rapidtransformationaltherapy.com, Perfectweightforever.com and other Marisa Peer affiliated websites are displayed in US DOLLARS unless otherwise stated at the checkout.

You must not rely on Rapid Transformational Therapy or information on our website as an alternative to medical advice from your doctor or other professional healthcare provider. If you have any specific questions about any medical matter or if you think you may be suffering from any medical condition, you should consult your doctor or other professional healthcare provider. You should never delay seeking medical advice, disregard medical advice or discontinue medical treatment because of information on our website. Results cannot be guaranteed, moreover, results from individual testimonials are for reference only and your own personal experience may differ to those shown on this site.

Root cause therapy is an approach to treatment that focuses on resolving significant past events believed to be interfering with a person’s present mental and emotional wellness. Only people with sound mental health who are confident that a review of past events will not adversely impact their emotional or mental health should participate. We request that you do not participate in root cause therapy if you or your treating practitioners have any past or existing concerns about your mental health.